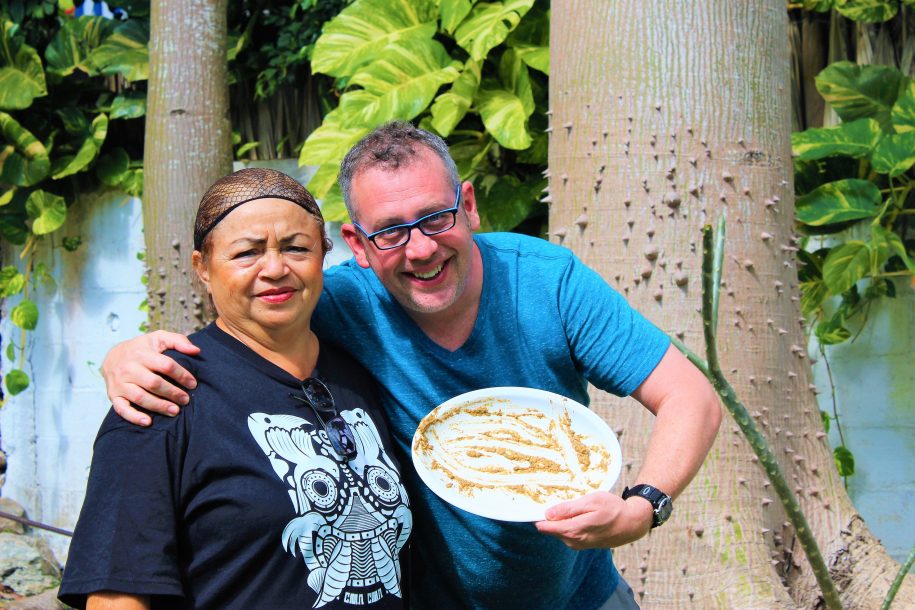 Our day began on a not very shinny morning. Costa Maya pier was rainy, but we were positive our day was going to get better by the time we got to either Chacchoben or Bacalar; and guess what? Apparently the Mayan Gods had all set up for us to have a great adventure in that little corner of the Mexican Caribbean.

We went to the archaeological site of Chacchoben first and got there JUST BEFORE everybody else did, so we had the entire site to ourselves. But an hour later, legions of buses were entering the site full with other tourists; we were very lucky.

Afterwards, we drove to Bacalar Town for our ride on a pontoon, and the lake is just BREATHTAKING; we went around some important spots and some neat, out-of-the-way places. After a few hours on the lake, we went ashore and were treated to a homemade meal from one of the local grandmothers who is highly respected in the community for her cooking skills. She made us chicken fajitas, guacamole, and a local Mayan specialty called “sikil pak.” Think of it like a thick salsa made from pounded pumpkin seeds (pepitas), tomatoes, fresh habaneros, and cilantro. we finished the whole plate, she refilled it twice, and she even dashed home to get me a bag of the pulverized pumpkin seeds and the fresh habanero chiles she used to make it!

This COMBO TOUR is a great option if you want to see another great part of Mexico and want to escape the crowds. and connect with the wonderful, friendly locals, taste their food, see the natural and archaeological wonders, and become a better person because of it!